Home » About Us » Board of Directors

Home » About Us » Board of Directors

For information on how to become a board member, click here. 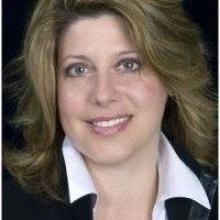 Audrey Pierson is Vice President of Sales with First Alarm in Monterey, having been involved in electronic security for almost 30 years. She brings her expertise and love of sales, marketing, training and sales management to the MCRCC board. A previous MCRCC board member and president, she is our Together With Love Run/Walk emcee. Audrey and her husband, Hugh, built an electronic security company, Pierson Security, (donating the Monterey office’s alarm to MCRCC), which they sold to First Alarm 15 years ago. Audrey served 12 years on the board of the Professional Women’s Network of Monterey, including two terms as president, and was named a Woman of the Year. Audrey lives on the Carmel River in Carmel Valley with her husband, Hugh, and their three Australian Shepherds, whose favorite pastime is herding their two grandsons during their weekly sleepovers. 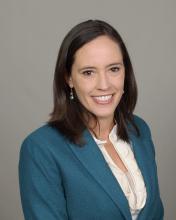 As a Financial Advisor with Edward Jones, Karen's professional mission is to uplift women and their families to own their financial future. Karen is a passionate advocate for community-centered movements and their power to change the world. Karen's passion for improving her community began at her first job at the YWCA Monterey County. Before joining the Monterey County Rape Crisis Center, she served on the boards of IMPOWER, Hartnell College's Women's Education & Leadership Institute, and the Alzheimer's Association. When Karen is not busy helping others plan for retirement, she enjoys hiking with her two dogs and husband on California's central coast.

Kevin Cahill is the Director of the Communication Design program in the School of Computing and Design at California State University Monterey Bay. Kevin has a MFA degree from Cranbrook Academy of Art and has taught Graphic Design, Communication Criticism, Multimedia, Ethics and Current Issues in Communications Technology and Web Design. Most recently, he was the Art Director for CalStateTEACH, the California State University system's first statewide, online teacher credential program. Kevin was also a key instructor in the Imagine College Summer Institute where he taught multimedia and web design to at-risk high school students. Kevin lives in Salinas with his husband and Pacific Grove native, Chip Lenno.

Elizabeth L. Ramírez is a Spanish bilingual, bicultural family psychotherapist with a Marriage and Family Therapy license. She currently has a private practice offering counseling services to individuals, children and families. She has been providing counseling services in the Monterey County community for 16 years with various community agencies, and the most recent 9 years in private practice. She also focused on academic counseling at the Community College level, holding a position with the Educational Opportunity Programs & Services (EOPS) at Hartnell College. She has enjoyed creating a home in the Monterey Bay through professional activities and exploring the surrounding natural beauty. She has experienced the natural beauty while participating in a favorite pastime – running and training for races. 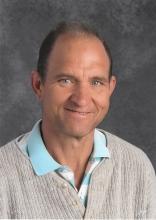 Dennis Alexander grew up in Milwaukee, WI and received his Bachelor of Business Administration degree from the University of Wisconsin, Madison. He moved to the Monterey area in 1990 to study at the Middlebury Institute of International Relations at Monterey, where he received his MBA. A resident of Seaside since 1996, he was elected to the Seaside City Council for two terms, ending in 2018.  Dennis is a retired teacher and reserve police officer. He served in the U.S. Peace Corps in the Philippines, and his local community volunteer experience includes Rebuilding Together Monterey-Salinas, the American Red Cross, Monterey County Sheriff’s Search and Rescue Team, Monterey County AIDS Project, and Monterey County Rape Crisis Center. 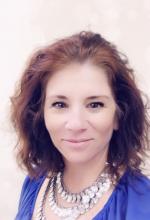 Lea Barber is an Employment Litigation Paralegal with local firm Noland, Hamerly, Etienne & Hoss. Lea is a life-long learner and community advocate, having volunteered in youth sports and school administration programs. She has also spoken publicly at women’s classes, retreats, and conferences; specifically on the intrinsic value of women. She strongly encourages mentorship. Lea believes participating in mentorship both as a mentor or mentee, emboldens the sharing of experience, knowledge, community, and ideals; all in the pursuit of enduring success. Lea and her husband Jeff were born and raised here on the Central Coast. They understand the importance of giving to your community and being part of its success. Lea and Jeff live in Prunedale, California where they have raised three incredible young women and a son who proudly serves in the United States Marine Corps. 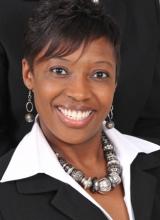 Dr. Vanessa Lopez-Littleton is an Associate Professor in the Department of Health, Human Services, and Public Policy at California State University, Monterey Bay (CSUMB) where she teaches public administration, research methods, and capstone courses. Dr. Lopez-Littleton’s teaching and research interests include health inequities, the social determinants of health, and social equity. Dr. Lopez-Littleton graduated from the University of Central Florida with a Ph. D in Public Affairs with an emphasis in health services management. She is a U.S. Army veteran and registered nurse who enjoys dancing, comedy, and traveling. 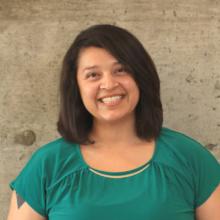 Alysia Morales is a Senior Paralegal and works at the Law Office of Maija West, PC in Monterey. Alysia enjoys volunteering in her community and has continuously volunteered as a board member for the parent teacher association at her daughter's school for over four years. As a survivor, Alysia believes in ongoing advocacy, and support for all. Alysia and her husband, Luis have an incredibly sweet 9 year old daughter, and live in Pacific Grove. Outside of work, Alysia enjoys exercising, writing children's books and spending time with her family in nature. 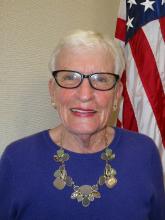 Marcia Parsons is a retired Chief Probation Officer for Monterey County.  Prior to that, she was the Assistant Chief for 11 years. Marcia started her career in Probation in 1964 while attending San Jose State University.  Upon graduation with a Bachelor of Arts in Sociology with an Emphasis in Corrections, she became a Deputy Probation Officer for the County of Santa Clara, moving shortly thereafter to Monterey County where she served as a Deputy Probation Officer until 1970.  Following a 20 year hiatus from the workplace, during which she played a lot of tennis, raised a beautiful daughter, and received her Juris Doctorate Degree from the Monterey College of Law, she returned to the field of Probation in Monterey County. Over the years, she worked her way up through the ranks to the position she holds today.

Marcia has always appreciated the very valuable work performed by the Monterey County Rape Crisis Center. She is looking to provide support in any way possible and will continue to enter the annual Together with Love Run.  As an avid runner, she runs many races every year but TWL is her absolute favorite!